Sparebanken Møre's operations are concentrated in Møre og Romsdal where the Bank has branches in 16 municipalities in Sunnmøre, six in Romsdal and two in Nordmøre. As at 31 December 2018, the Group had 373 permanent staff representing 361 full-time equivalents.

The main duties of the General Meeting are to approve the financial statements and to elect a board of eight members. The General Meeting has 44 members and 14 deputy members. It is composed of four groups with the following distribution: 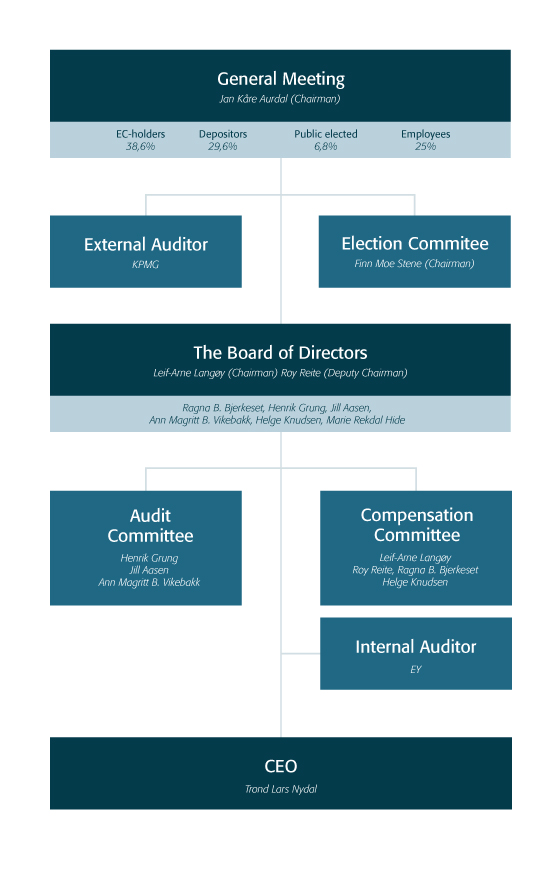 Sparebanken Møre's head office is in Ålesund. The Bank's activities in the retail market are organised in the Retail Banking Division. Every retail market department is headed by a bank manager who reports to the EVP of the division, who in turn reports directly to the CEO. A total of 28 branches perform the Bank's customer-oriented activities. The EVP of the Retail Banking Division is responsible for developing and maintaining the Bank's retail customer concept.

The various tasks and responsibilities relating to Sparebanken Møre's day-to-day operations are allocated in such a way that the resource usage in the branch network is, to a great extent, prioritised in favour of direct customer-related activities. Other tasks shall, as far as possible, be attended by the Bank's central support system, which is organised in seven staff-units. Each of these units is managed by an EVP, who reports to the CEO. 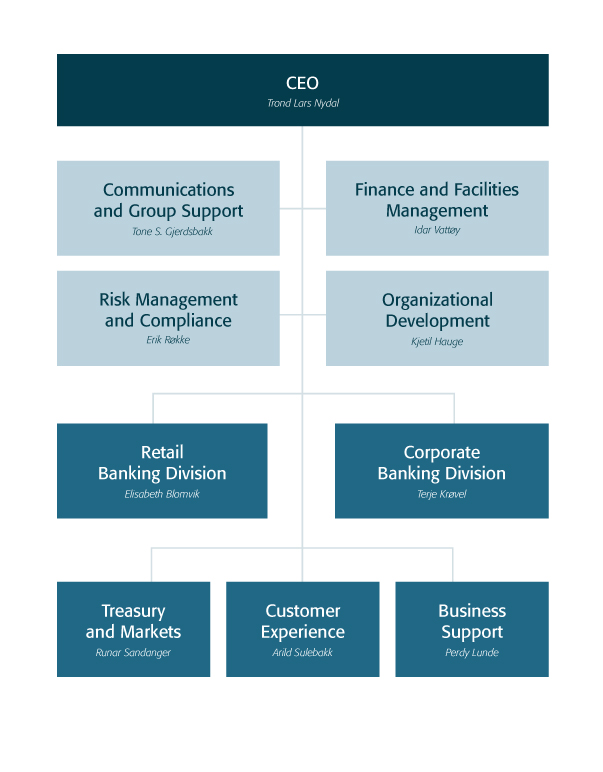