Sparebanken Møre's operations are concentrated in Møre og Romsdal where the Bank has branches in 16 municipalities in Sunnmøre, six in Romsdal and two in Nordmøre. As at 31 December 2017, the Group had 376 permanent staff representing 359 full-time equivalents.

The main duties of the General Meeting are to approve the financial statements and to elect a board of eight members. The General Meeting has 40 members and 14 deputy members. It is composed of four groups with the following distribution: 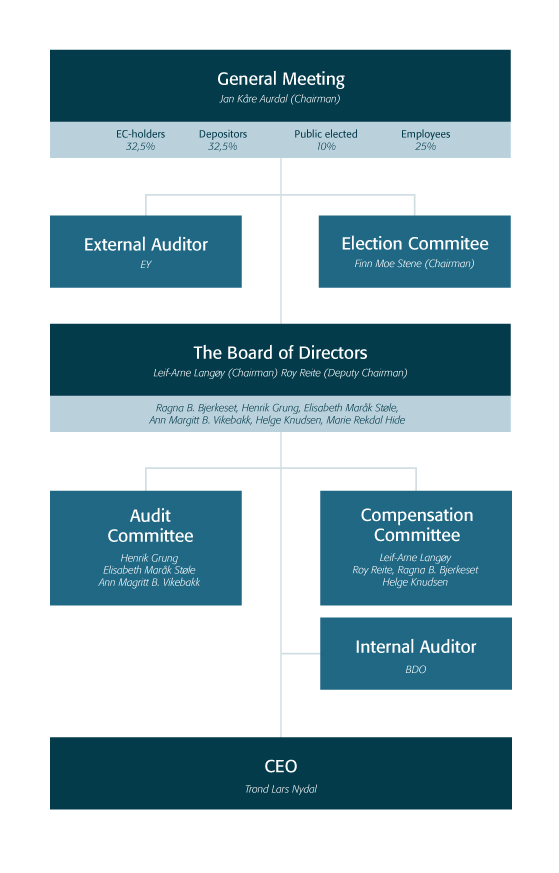 Sparebanken Møre's head office is in Ålesund. The Bank's activities in the retail market are organised in the Retail Banking Division. Every retail market department is headed by a bank manager who reports to the EVP of the division, who in turn reports directly to the CEO. A total of 28 branches perform the Bank's customer-oriented activities. The EVP of the Retail Banking Division is responsible for developing and maintaining the Bank's retail customer concept.

The organisation also consists of seven units, each of which is headed by an EVP. The EVPs report directly to the CEO. The executive management group forms the cornerstone of Sparebanken Møre's management structure in order to ensure efficient communication and decision-making processes. 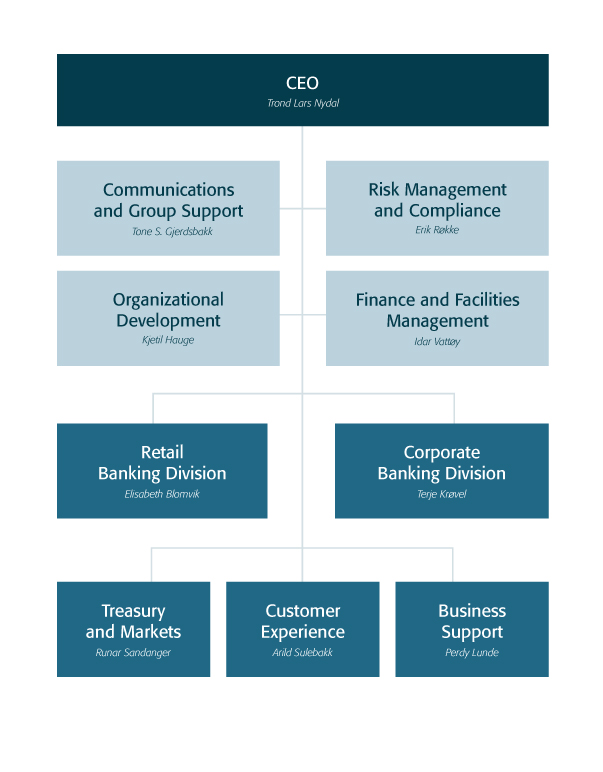