The Bank's operations are concentrated within Møre og Romsdal, where the Bank has branches in 16 municipalities in Sunnmøre, 6 in Romsdal and 2 in Nordmøre. At the end of 2016 the Group employed 398 persons, corresponding to 378 full-time equivalents. 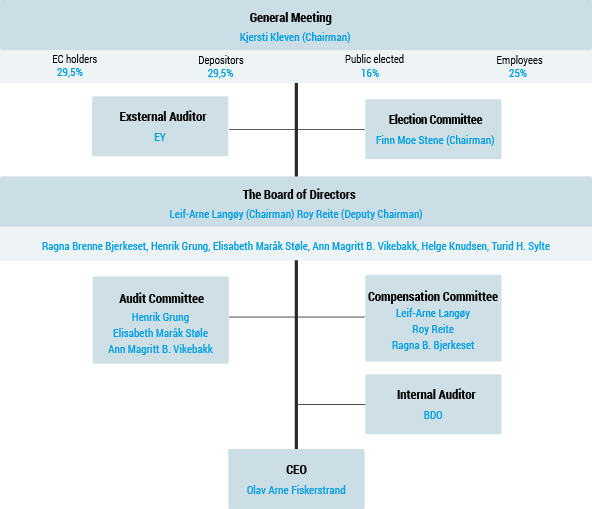 The head of the Retail Market Division is responsible for developing and maintaining the Retail Banking consept in the Bank.

The corporate activities in Sparebanken Møre are organised into three units: Sunnmøre, Søre Sunnmøre and Romsdal and Nordmøre. The EVPs of these three units report directly to the CEO. Corporate Banking Sunnmøre is organised into 6 branch departments and an insurance department, and is also responsible for developing and maintaining the Corporate Banking concept in the Bank. 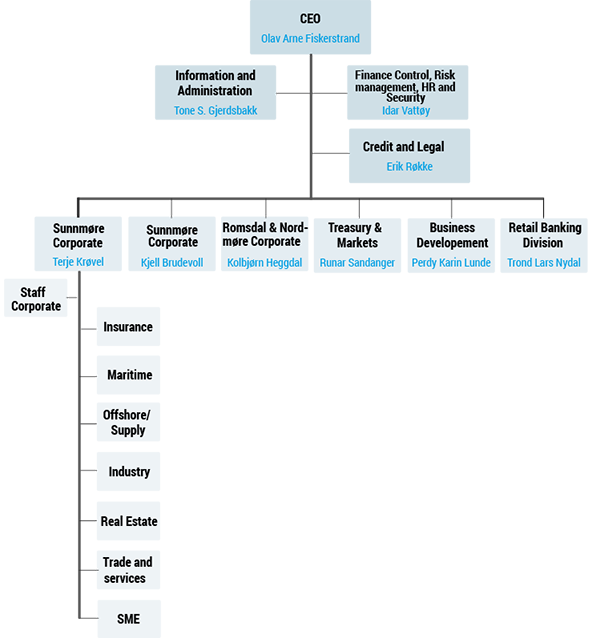