The Bank's operations are concentrated within Møre og Romsdal, where the Bank has branches in 16 municipalities in Sunnmøre, 6 in Romsdal and 2 in Nordmøre. At the end of 2014 the Group employed 412 persons, corresponding to 383 full-time equivalents. 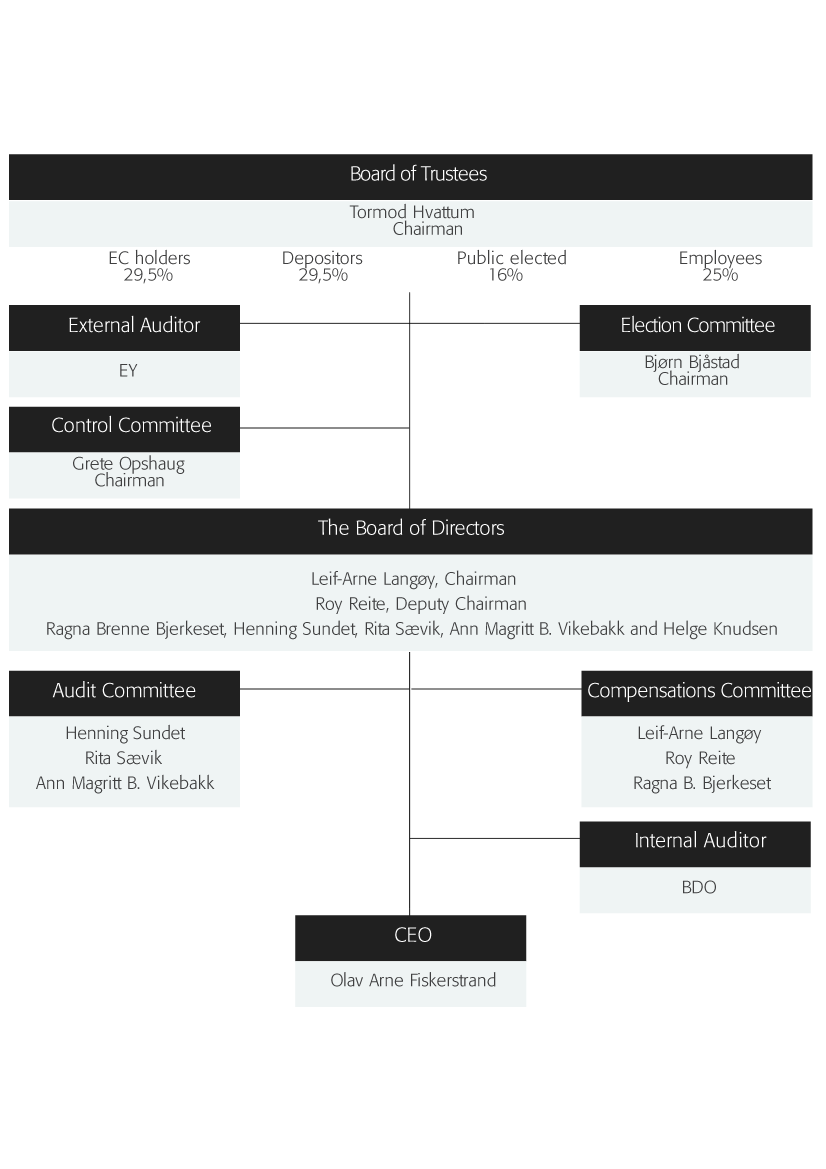 A new organisational structure was implemented during spring 2013. The changes in the organisation led to a simplification of the leadership structure, and enhanced customer focus since a larger part of the work processes and the employees have become more market-oriented. This also led to Sparebanken Møre strengthening advisory services towards the corporate sector.

The corporate activities in Sparebanken Møre are organised into three units: Sunnmøre, Søre Sunnmøre and Romsdal and Nordmøre. The EVPs of these three units report directly to the CEO. Corporate Banking Sunnmøre is organised into 6 branch departments and a insurance department, and is also responsible for developing and maintaining the Corporate Banking concept in the Bank. 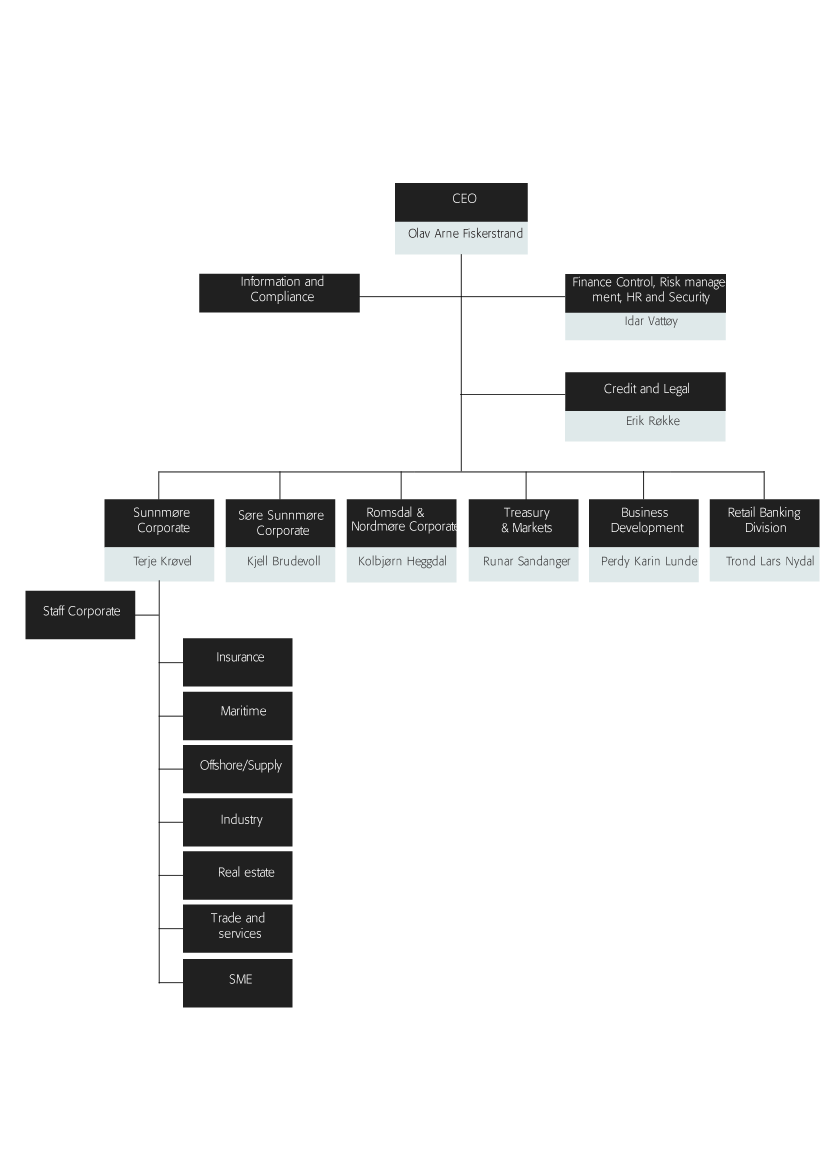